iRig BlueBoard is the first wireless MIDI pedalboard for iOS and Mac that allows you to control your music apps and more from the floor.

iRig BlueBoard is the first wireless MIDI pedalboard for iOS and Mac that allows you to control your music apps and more from the floor.

Now control parameters of your MIDI-compatible apps like AmpliTube wirelessly from the floor. Switch between presets, change patches, turn effects on and off and control effects like volume wah pedals all from the stage floor without worrying about tripping over wires. Setup is as simple as turning the iRig BlueBoard on and telling it what you want to control.

So how does iRig BlueBoard work? It connects to your iPhone/iPod touch/iPad or Mac via Bluetooth, and when you press its foot switches, it sends out control signals that are converted to MIDI by the iRig BlueBoard app.

At this point the MIDI messages are available to virtually any MIDI compatible app you’re running on your iOS device or on your Mac.

The control messages sent from iRig BlueBoard to AmpliTube or other Core MIDI music apps can include bank up/down, MIDI continuous controllers, as well as parameter changes on apps such as IK’s AmpliTube, VocaLive, SampleTank, and iGrand Piano iOS apps plus many others, such as Apple GarageBand.

iRig BlueBoard communicates via Bluetooth technology so you can place it up to 10 meters (32.8 feet) away from your device and still maintain full control of your apps. The low-profile iRig BlueBoard is only 9.1” (23cm) wide, and it runs on 4 – AAA batteries.

Because it communicates with the mobile device via Bluetooth, it leaves the 30-pin, Lightning and mini-jack connector on the mobile device free for connection with other IK accessories like iRig PRO, iRig HD, iRig STOMP, iRig, iRig Mic, iRig MIDI, iRig KEYS or any other favourite accessory. 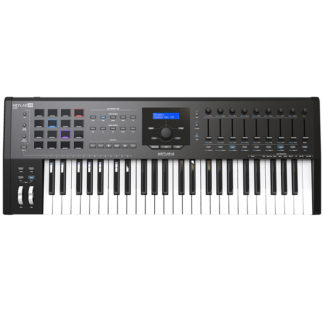 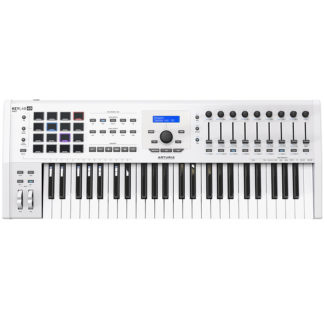 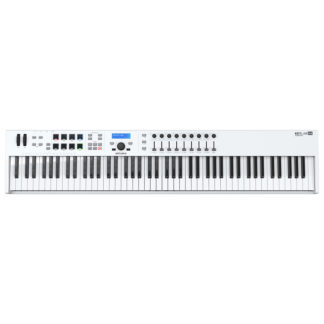 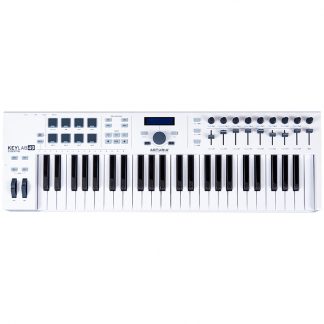 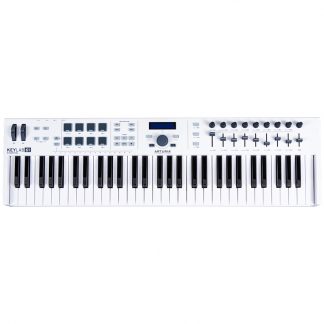 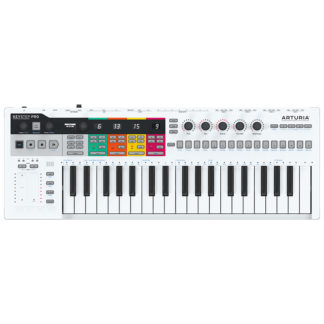 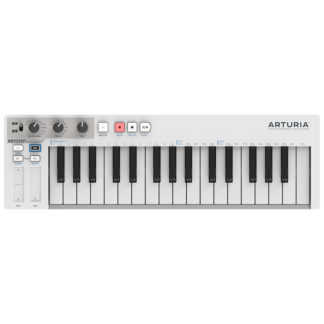 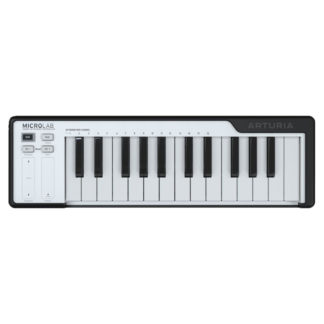