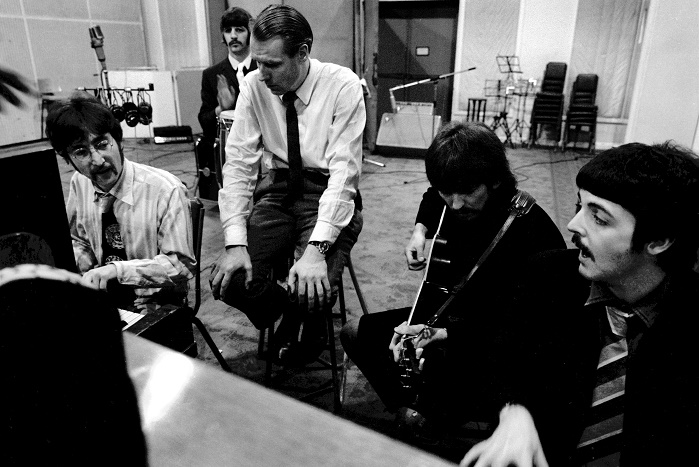 The Studio Innovation of Sir George Martin and The Beatles

2016 has so far seen some tragic losses from the world of popular and recorded music with another huge loss yesterday in the passing of Sir George Martin at 90 years old. The legendary British producer, often referred to as ‘The Fifth Beatle’ became head of A&R at Parlophone records, signing The Beatles and going on to produce nearly all of their recordings.

His production was far reaching, working with artists such as Elton John, Cheap Trick, Kate Bush, Mahavishnu Orchestra, Jeff Beck, Ultravox, Gerry & The Pacemakers and many more. Though it was his revolutionary work with The Beatles that he was best known for, pretty much writing the template for modern recording. In celebration of his legacy we’re going to take a look at ten Beatles recordings that best showcase their innovation and influence in the recording studio.

BEING FOR THE BENEFIT OF MR KITE

I AM THE WALRUS

A DAY IN THE LIFE

*Pretty much the only Beatles recordings you can find on youtube are cover versions or live versions so unfortunately we haven’t been able to include any listening format in this article. But realistically, if you’re on this website then you are a music fan and you really should own these albums if you don’t already.
Next article