The
Park Amplification company, originally started by Jim Marshall himself,
has almost as much history as the actual Marshall name. As the story
goes, Jim Marshall entered a distribution deal for his amp line in 1965,
but the terms of the deal were vague enough such that Marshall could
build amps on the side, just not under his own name. Thus, Park was
born, and the amps produced under that name were slight variations on
Marshall circuits until the company dissolved in 1982.

Among
the line of amps, a few pedals were also produced. Most of them were
wahs or variations thereof, but one pedal stuck out: The Park Fuzz
Sound.

The
original pedal (we had one) featured unlabeled TO-1 package
transistors, so one would think that the circuit left us with Jim
Marshall. However, the good folks at Earthquaker Devices, in
collaboration with the newly-resurrected Park Amplification, have
faithfully recreated the Park Fuzz Sound so that a new generation may
enjoy it.

While
the original deployed the aforementioned mystery cans, the new Park
Fuzz Sound uses a different set of NOS germanium transistors,
hand-selected for a tonal match. Indeed, when A/B’d with the original
unit, the sounds were strikingly similar. In fact, the staff at PGS was
split right down the middle as to which was which. What’s more, when
doing the test, we had to set the new Park Fuzz Sound’s Fuzz control at
about half, whereas the original was dimed. The reissue has way more
range in the Fuzz dial than the original.

Another
bugaboo of original fuzz pedals is the powering situation; in the case
of the original Park, it’s powered by a battery only but changing it out
required using a lever to pry open the lid. While that’s a hassle,
using batteries is kind of a hassle in and of itself. However, this and
many older fuzz pedals are positive-ground; the common workaround is
reversing the lugs on the power jack internally, but this configuration
means that the pedal cannot be daisy-chained. The new Park Fuzz Sound
doesn’t phone it in, offering a chip inside that corrects the voltage
problem for complete rig integration.

The
new Park Fuzz Sound is hand-made, one at a time in exotic Akron, Ohio.
The pedal is wire for true bypass and accepts a standard 9v
center-negative Boss-style power adapter. The current draw is low, so
it’s ready for your isolated power supplies.​

Power
This device can be powered
by a standard 9 volt DC power supply intended for musical instruments
with a negative center 2.1mm barrel or a 9v battery. Even though this
pedal is a germanium fuzz, it will play nice on a daisy chain due to
it’s internal voltage regulation.

This product is covered by a limited lifetime manufacturer warranty. 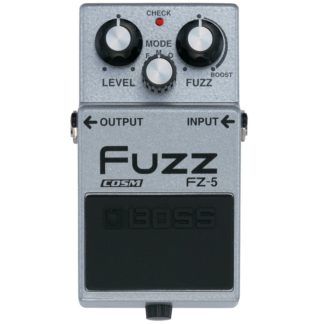 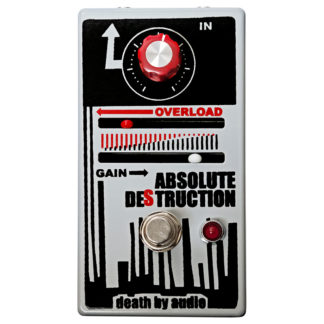 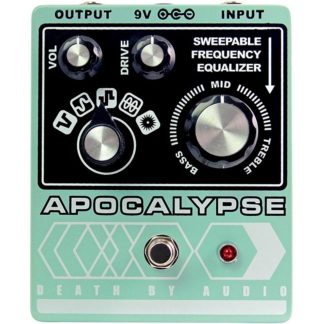 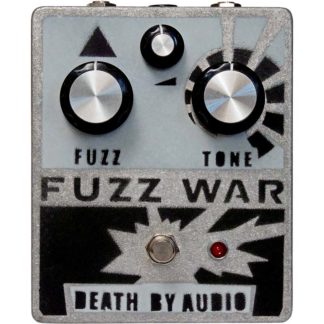 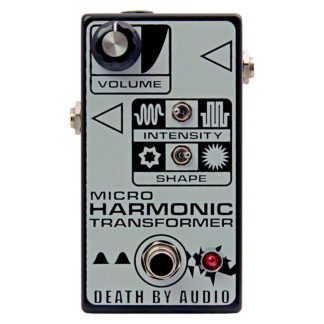 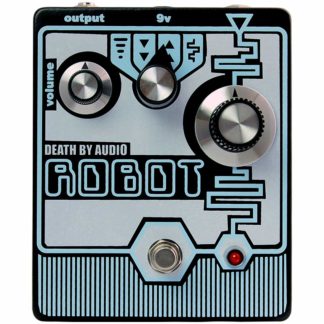 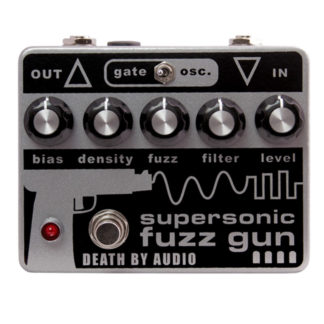 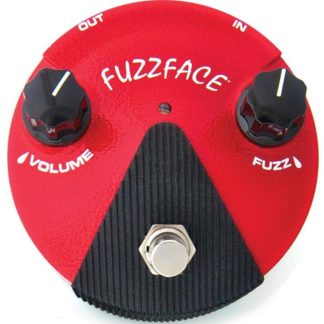